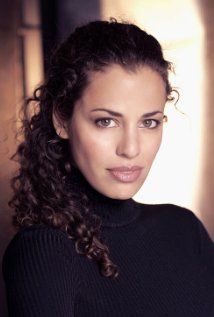 Athena Karkanis is a Canadian actress who provided the voice for the female Jedi Consular.

She is best known for her roles on The Best Years as a fictitious Dominican-American actress named Dawn Vagraz and on Lost Girl as Nadia, the girlfriend of the character Lauren. She is also known for her work in Saw IV and IV as Agent Perez and in Diablo III as the female Barbarian character.

Retrieved from "https://swtor.fandom.com/wiki/Athena_Karkanis?oldid=108129"
Community content is available under CC-BY-SA unless otherwise noted.