"Officially, Belsavis is a sparsely populated Republic world dominated by arctic plains. Its only notable feature is the rare tropical rifts that break up the expanses of ice, heated by natural geothermal vents and home to a surprising diversity of plant life. In truth, Belsavis is an ultrasecure prison colony established by the Republic. Until recently, the prison's existence was top secret, but its discovery by the Empire has resulted in rumors spreading throughout the galactic underworld. The prison is now in a state of lockdown, and both Republic and Imperial militaries have a presence on the scene."
―In-game Codex (Planets)[src]

Belsavis, also known as Plawal, is a planet located in the Outer Rim Territories, found within the Bozhnee sector. The furthest of six planets from the system's star, Belsavis is a largely-frozen wasteland. However, habitable temperate regions can be found scattered across the planet's surface, created by localized volcanic activity. Belsavis is home to the Tomb, an ancient prison now operated by the Galactic Republic.

Belsavis was conquered by the Infinite Empire before the founding of the Galactic Republic. Belsavis' distance from its star meant that the world was perpetually covered in ice, save for a few temperate areas of volcanic activity scatttered around the planet. The Rakata had used it as a prison world. After the fall of their empire, it fell off the star charts.

Belsavis was rediscovered by the Republic centuries ago, but interest in the planet had been scarce until recently. It was during a research expedition prior to the Great Galactic War to study the volcanic areas that Republic scientists rediscovered the ancient Rakata prison.

The prison proved highly defensible and secure, utilizing both mechanized and biological defenses to contain the prisoners held within its stasis chambers. In an effort to ensure those housed in the facility remained contained, the Republic stationed a small force to maintain the complex, while simultaneously constructing the Republic prison known as the Tomb on the planet's surface.

The Republic reserved imprisonment on Belsavis for criminals considered to be an extreme threat that (for various reasons) could not be executed. During the Great Galactic War, many Sith Lords were secured in the Tomb. Over time, however, the prison's existence and location were learned by the Sith Empire. Imperial strike teams were sent to Belsavis in what is called the Prison Break Initiative. These Imperials have since engaged Republic forces in an attempt to free those loyal to the Empire. However, the fighting has caused the nearby Rakatan prison to start to fail, releasing prisoners more terrifying than any Sith Lord...

Map
Add a photo to this gallery 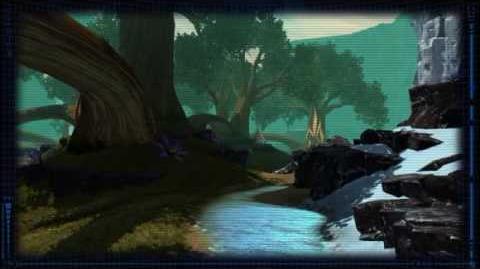 SWTOR Planet Reveal - Belsavis
Add a photo to this gallery

Retrieved from "https://swtor.fandom.com/wiki/Belsavis?oldid=110460"
Community content is available under CC-BY-SA unless otherwise noted.