"Black Sun is a powerful crime syndicate that rose to prominence on Coruscant in the latter days of the war. Taking advantage of the chaos and rioting in the city after the planet’s sacking, several gangsters joined forces and began seizing control of lower-city neighborhoods. The origin of the syndicate’s name is unclear, but a common phrase among despairing Coruscant citizens was “better a black sun than none.” Alas, hopes that Black Sun would bring order instead of anarchy died quickly. For Black Sun, the rioting and looting never really stopped. Although the gangsters have profitable spice- and weapons-trafficking operations, their members, almost to a man, have an extraordinary taste for violence. Civilians are extorted until they have nothing left to extort; afterwards, they’re used for target practice. City blocks are incinerated for the pleasure of demolitionists. Despite the efforts of the Justicars’ Brigade, Black Sun has become a force to be reckoned with. The Republic Senate has begun to realize the threat Black Sun represents, but with the syndicate’s influence already beginning to stretch beyond Coruscant, stopping it may be impossible."
―In-game Codex (Organizations)[src]

The Black Sun criminal organisation is known to operate and control districts on Coruscant. 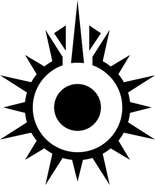 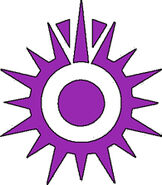 The Black Sun is one of the premiere Crime Syndicates in the Star Wars universe as it is known to be the by the far largest around the time of the films. Its size in TOR and extensivity is unknown, but it is known that it is significantly smaller than both the Exchange and the Hutt Cartel, who are each other's only genuine rival, and appears to not grow in power until much later on after the decline of the Exchange.

Retrieved from "https://swtor.fandom.com/wiki/Black_Sun?oldid=116411"
Community content is available under CC-BY-SA unless otherwise noted.