Start a Wiki
This article is about the species. You may be looking for the planet.

"Cathar are a feline humanoid species native to the planet of the same name. They are normally covered in fur, although variations in the genetic baseline have expressed themselves as at least two distinct subspecies. Cathar are noteworthy hand-to-hand combatants, possessing retractable claws, strong physiques and natural agility. It was the Cathar reputation for martial prowess that drew the Mandalorians to besiege their homeworld several centuries ago. Despite their valiant resistance against the remorseless invaders, the native Cathar were virtually exterminated. Out of millions, only a few hundred escaped the Mandalorians’ attack and fled to Republic space. In the time since their near-extinction, the Cathar have rebuilt their numbers to become common faces on Republic worlds. The Jedi Order, Galactic Senate and Republic military all claim numerous proud and loyal Cathar among their ranks. It is rare to encounter a Cathar who doesn’t actively despise the Sith Empire–and especially its Mandalorian allies."
―In-game Codex (Species)[src]

The Cathar are a race of feline, bipedal humanoids native to the planet with the same name, a planet of savannas and rough uplands. They are known for their loyalty, passion, and temper. Quick and powerful, they are considered great warriors and dedicated, efficient predators.

As of Game Update 2.1: Customization, players are capable of playing as a Cathar. The unlock can be obtained through the Cartel Market, or through the Legacy System. The species is available to play for every Class.

Cathar have high moral values, learned from both family and society. Their females are prized as slaves, whereas the males were generally regarded as too uncontrollable for slavery.

The Cathar was added as a playable species with Update 2.1.

Variations of the Cathar head.
Add a photo to this gallery 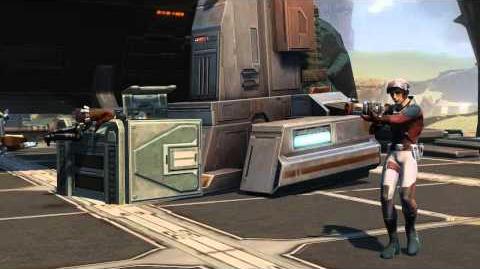 Retrieved from "https://swtor.fandom.com/wiki/Cathar_(species)?oldid=108934"
Community content is available under CC-BY-SA unless otherwise noted.