Start a Wiki
Eleena Daru was a female Twi'lek who was the companion and lover of Darth Malgus. Eleena was present at the Sacking of Coruscant where she battled the Jedi fiercely but was before long rendered unconscious.

Malgus ordered after the battle that she had to be treated like a human on an imperial ship, but she was instead sent to a hospital on Coruscant. Malgus realized how much she meant to him and that she could be used against him, so he decided eventually to kill her despite his love for her. 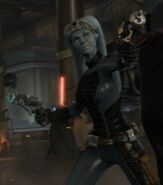 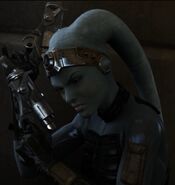 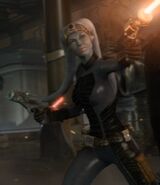 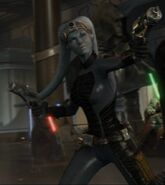 Retrieved from "https://swtor.fandom.com/wiki/Eleena_Daru?oldid=103423"
Community content is available under CC-BY-SA unless otherwise noted.