"Years before the recent invasion of Belsavis, a lone Imperial warship–the Fatality–launched an apparently suicidal attack on the planet’s prison complex. Republic security forces managed to shoot the warship down before it could inflict lasting damage, and the Fatality was believed to have been completely destroyed when it crashed into the area known as Section X. In truth, the badly damaged ship had merely sunk into the ice along with its tremendously valuable cargo: a legion of deactivated HK-51 assassin droids, the galaxy’s most advanced extermination machines. Although originally programmed to be loyal to the Empire, these inactive droids could almost certainly be repaired and reprogrammed to serve any master…."
―In-game Codex (Locations)[src]

The Fatality was a destroyer used by the Sith Empire during the Great Galactic War.

The vessel was carrying dozens of highly advanced HK-51 assassin droids. When the Republic captured the Dread Masters and imprisoned them in Section X on Belsavis, one of their apprentices stole the Fatality and tried to rescue them, only to be shot down and killed. 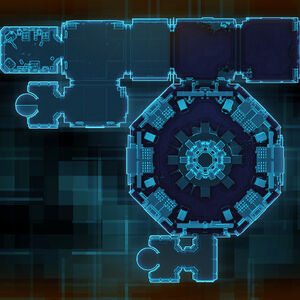 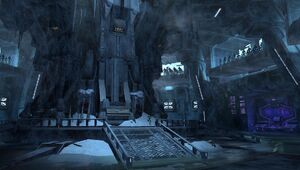 Add a photo to this gallery
Retrieved from "https://swtor.fandom.com/wiki/Fatality?oldid=106551"
Community content is available under CC-BY-SA unless otherwise noted.