"The Fury-class interceptor is a starship available to players of both the Sith Warrior and Sith Inquisitor classes. The Fury is a favorite vessel among the Sith Lords, as it includes highly sophisticated technology and weapons systems; even given the fact that the focus of the ship's design is functionality, this vessel remains very versatile and luxurious."
―In-game Codex (Starship)[src]

The Fury-class Imperial Interceptor is a starship used by the Sith Empire during the Great Galactic War and the Cold War.

Featuring an advanced hyperdrive and state-of-the-art sublight engines, the Fury is the most versatile starship in the Imperial fleet and the end result of centuries of evolving design. The modern Fury was originally conceived for use in high-priority military missions but is now used almost exclusively by Sith and outfitted accordingly.

The Fury's angular design combines the maneuverability of a fighter with impressive armament rivaling some larger military vessels. The Fury also features a set of "strike foils" that remain down for travel but can be expanded in short-range combat to maximize the ship’s agility and range of firepower.

The interior aesthetic is sleek and functional, arranged in the traditions of the Sith Academy on Korriban. Military-grade computers and communications equipment are integrated into the ship’s hardware, and hidden security devices make sabotage extremely difficult and dangerous. The interior included a large communications and conference room with a holoprojector, as well as cabins, large galley and facilities for the ship's crew and passengers. 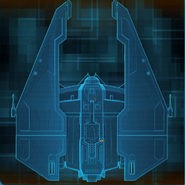 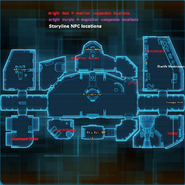 Imperial Interceptor in game map.
Add a photo to this gallery 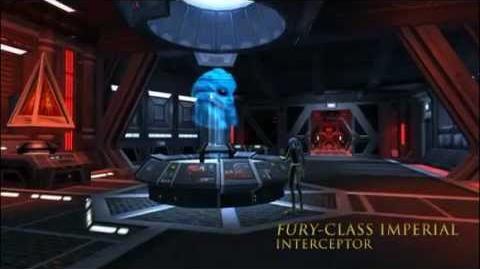 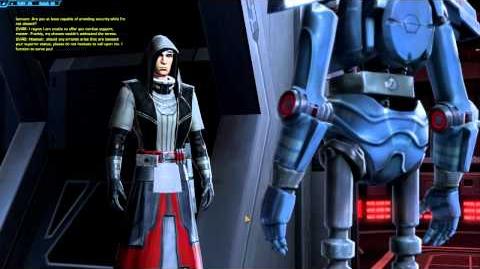 Retrieved from "https://swtor.fandom.com/wiki/Fury-class_Imperial_interceptor?oldid=110830"
Community content is available under CC-BY-SA unless otherwise noted.