"Agents are versatile, cunning and deadly, able to utilize cover and Snipe to take down targets at a great distance
Primary Attribute: Cunning. Cunning increases the damage and critical chances of the Agent's Ranged and Tech powers. This remains so for both the Sniper and the Operative Advanced Classes, while the Operative's Cunning additionally increases the effectiveness of healing powers
Advanced Classes Sniper and Operative
Sniper (Damage): Snipers train in the use of sniper rifles, attacking from cover with abilities like Snipe and Explosive Probe. Snipers are extremely powerful when attacking from a secured cover position and receive several abilities that help ensure they remain in cover
Operative (Damage, Healing): Operatives can pursue their targets in a close-range skirmish, using Stealth to commence a surprise attack and close-range abilities like Shiv and Debilitate to dismantle their targets. Operatives also make excellent healers when educated in the field of Medicine."
―In-game Codex (Game Rules)[src]

The Imperial Agent is one of the four Sith Empire-aligned classes that is not Force-sensitive.

The empire dominates scores of star systems across the galaxy, but not through the power of the dark side alone. Behind the scenes, the cunning Agents of Imperial Intelligence track down and eliminate the Empire’s enemies - from intractable Republic senators to traitorous Imperial Moffs to bloodthirsty rebels with Republic ties. Imperial Agents must master the arts of infiltration, seduction, and assassination to advance the Empire’s causes; they face the opposition of a terrified galaxy and the capriciousness of their own Sith overlords.

Imperial Intelligence cultivates a notoriously vast and efficient network of informants, enabling the Agent to navigate the galaxy's political landscape with effortless suave. Naturally, the Agent’s allegiance to the Empire is without question, but great latitude exists for those so closely attuned to the Empire’s secret agendas - Agents often harbor their own mysterious motivations as well. Having pierced countless layers of intrigue, these spies know of conspiracies within conspiracies. Even close contacts find it hard to predict what an Imperial Agent will do until it’s done.

The most elite operative within Imperial Intelligence is the "Cipher" Agent - recruited and trained to carry out the most dangerous and sensitive assignments the Empire has to offer. Whether working undercover or carrying out assignments in broad daylight, the Cipher races along the razor's edge of disaster, using carefully orchestrated tactics that leave little room for error - the smallest slip-up can be catastrophic. However, each successful mission, shifts the galactic landscape in the Empire's favor, and the Agent plays a supremely critical role in securing Imperial domination.

The upper echelons of Imperial society are reserved for the Force-sensitive Sith alone, but theirs is a world apart. The heart of the empire consists of millions of subjects, descendants of the original exiles who settled Dromund Kaas. For these loyal citizens, the Imperial Agent is the exemplar of the highest level of achievement one might aspire to. These are the people the Agent risks everything to protect. Though there are few idealists in Imperial Intelligence, the art of professional perfection is held in deep reverence, and the Agent embodies the Imperial ideal in this respect.

Reconnaissance images of Imperial Agents are rare; between their varied disguises and stealth enhanced battle-gear, they can be hard to spot. If there is anything remarkable about their habits, patterns, and appearances it's that they can change at any time. Many of the tasks set before the Imperial Agent call for a high degree of subversion and infiltration into hostile organizations, so it's a safe bet that if they aren't with their friends, they're probably with their enemies.

The Empire risks everything on the Imperial Agent's performance and spares no expense to make sure Agents' gear is as smart as they are. State-of-the-art attire with high-grade armor mesh provides protection and ease-of-movement. Many of the Agent's outfits are augmented with advanced communications technology and attachments to facilitate interfacing with varied computer networks and security systems.

Relying on range, surprise, and an arsenal of state-of-the-art gadgets and weaponry, the Imperial Agent enters battle with a confident strategy. Though striking from a distance or from the shadows plays to the Agent's strengths, a well-equipped operative is more than capable of evading his enemies when necessary or moving in close to quietly slide a blade between an opponent's ribs. Whether on a solo mission or working in conjunction with a strike team, this operative keeps a finger on the right button for almost any situation.

Orbital Bombardment allows the Imperial Agent to call in a satellite air strike to rain down lasers and missiles on an unsuspecting group of enemies.

"Code name Cipher Nine, is a highly trained covert operative of Imperial Intelligence and an expert infiltrator, spy and assassin. Initially tasked with hunting terrorists in the Sith Empire, eventually unraveled a massive conspiracy that had infiltrated both Empire and Republic. Now Cipher Nine's skills will be put to their ultimate test, joining a tentative alliance in their mission against a seemingly invincible foe..."
―In-game Codex (Persons of Note)[src]

These species are available to the Imperial Agent:

Operatives specialize heavily in stealth and concealment. They can hide their presence on the battlefield, position themselves for attack, and strike without the enemy even knowing they were there. A second specialization in medical technologies allows them to heal their allies. An Operative makes an extremely useful teammate to have on the field.

Snipers focus on long-range battle tactics, using powerful rifles to eliminate targets from great distances. In addition to their Marksmanship ability, they are also able to use probes and droids to investigate and eliminate targets. Snipers are the recon units of the Empire.

Main article: Imperial Agent abilities
The Imperial Agent's abilities are focused on engaging enemies at range with rifles and a variety of thrown weapons. They can also use a cover system to increase their evasion and activate additional high-powered attacks.

While all Imperial Agents have abilities used from cover, Snipers gain the most by using this system. Snipers use a variety of probes in combat as well as choosing to use a Sniper Rifle to maximize damage from long range. The Operative uses a Blaster Rifle along with a Vibro-Knife to deal damage from Mid to Melee range and a stealth system to stay hidden. Operatives also bring a Kolto Injector into combat to heal allies and companions.

The Imperial Agent utilizes an energy resource system. Energy is used to activate certain abilities that will cause an additional effect such as increased damage or a crowd contorl effect. Energy regenerates fairly quickly even in combat but it is important to pace the energy out incase something unexpected occurs and it will be possible to counter.

Energy management is essential for both the Operative and Sniper Advanced Classes. Your energy pool's regeneration rate is dependent on your total amount. In other words, the more Energy you have, the more it regenerates. The less you have, the longer it takes to regenerate.

It is important to find a balance between skill usage and managing your energy pool. Using your biggest and most powerful abilities will not sustain your damage (as a Sniper) nor your ability to heal your party members over a long period of time.

The X-70B Phantom-Class Prototype is an advanced prototype vessel and the result of revisions to traditional Imperial starship design theory, incorporating concepts and technologies gathered over the years of the Great War.[1]

The X-70B far surpasses the capabilities of current starship mass production techniques, ensuring the vessel will only be entrusted to those carrying out missions vital to the Empire.[1] 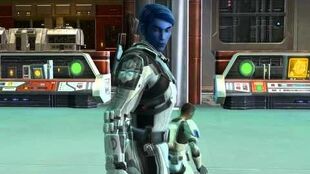 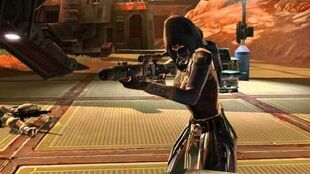 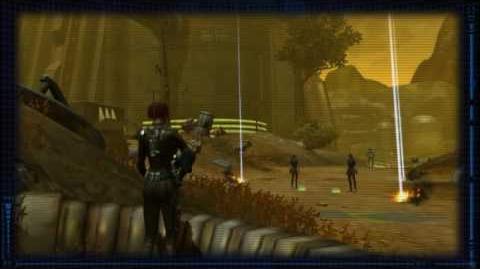 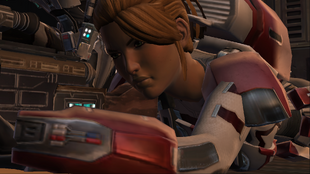 imperial agent sniping
Add a photo to this gallery

Retrieved from "https://swtor.fandom.com/wiki/Imperial_Agent_(playable_class)?oldid=117908"
Community content is available under CC-BY-SA unless otherwise noted.