The KT-400 military droid carrier was a carrier used by the Galactic Republic during the Mandalorian Wars and the Jedi Civil War.

The vessel was arranged into a tri-hull configuration. The center hull held the bridge, and within the other two hulls were the cargo holds. It was used to transport and deploy Sentinel battle droids to wage war or occupy a Planet.

Originally designed by Kellenech Technologies, a droid manufacturer, the ship was supposed to carry its military and construction droids. But when it went bankrupt, the Republic took the design and ordered Republic Fleet Systems to continue production. However, due to the lack of funding, a variety of smaller manufacturers were contracted to Finnish the vessels.

One of its most notable uses was at the Battle of Dxun during the Mandalorian Wars, when many of the carriers descended down onto the Planet and deployed Sentinel battle droids onto the surface to combat the Mandalorian invaders.

The ship was also very popular with mercenaries and bounty hunters, as a freighter, for its large cargo capacity and modest armament.

Usage in the Sith Empire

The ships were not only commissioned by the Republic Military, but were also used by Darth Revan and his Sith Empire, who manufactured a certain number of the vessels in the Star Forge, and used them to deploy the battle droids that were made there as well.

When the remnants of the Sith Empire became the Sith Triumvirate, the carriers that were used by Darth Revan, continued to serve the Sith until the dissolution of their order at the Battle of Telos IV. 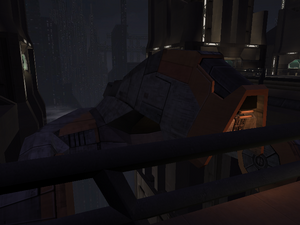 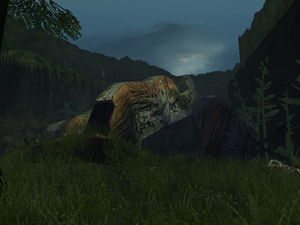 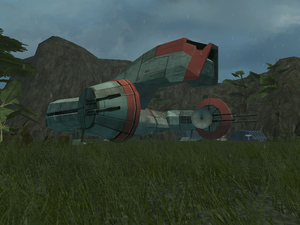 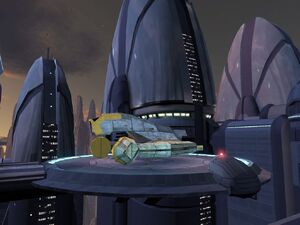 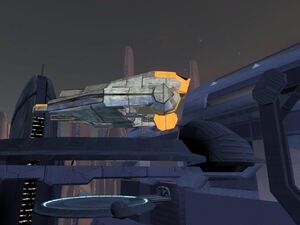 Add a photo to this gallery
Retrieved from "https://swtor.fandom.com/wiki/KT-400_Military_droid_carrier?oldid=111552"
Community content is available under CC-BY-SA unless otherwise noted.