Liam Dentiri was a male human Jedi Master who served the Jedi Order during the Cold War between the Galactic Republic and the Sith Empire.

Found to be Force-sensitive, Liam was trained in the Jedi arts, at one point attaining the rank of Jedi Master. After the return of the Sith Empire, he and the rest of the Jedi Order fled to the planet of Tython. Stationed near the Tython Jedi Temple, he trained Jedi to lead Republic troops in battle.

Around 3638 BBY, an Imperial strike team initiated an Assault on Tython where Liam was defeated and killed. 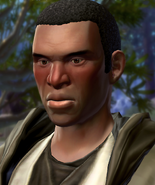 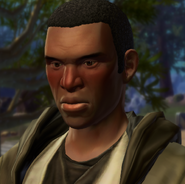 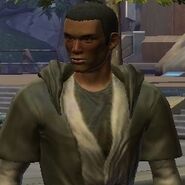 Retrieved from "https://swtor.fandom.com/wiki/Liam_Dentiri?oldid=113075"
Community content is available under CC-BY-SA unless otherwise noted.