Malavai Quinn is a Human soldier first encountered on the planet Balmorra, where he aids Sith Warriors in their class missions and later joins them as a Companion. Quinn is also a romance option for female Sith Warriors.

An officer in the Imperial military, Malavai Quinn is loyal to the Empire and everything it stands for: order, the glory of the Sith and the conquest of the Republic. Following his mysterious disgrace at the Battle of Druckenwell, he was stationed on Balmorra where he occasionally carried out small missions for Darth Baras (to whom he owes much of his career's early success).

Duty-bound and honorable, Quinn is not afraid to express earned admiration for his superiors, but he is neither a bootlicker nor a mindless servant. He values competence alongside loyalty and will do whatever is necessary to thwart the enemies of the Empire as a whole and Darth Baras personally. 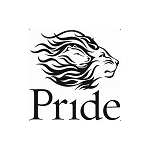