The Rattataki are a race of humanoids native to the planet Rattatak. They are playable species, the Rattataki are only available to free-to-play users through the Legacy System.

For eons, the Rattataki have been constantly battling themselves and their fellow inhabitants. Mostly isolated from the outside galaxy, the Rattataki quickly created new ways to kill each other. This penchant for violence has made the species infamous for seeking out any reason to fight.[1] Despite their own oppression and struggles, most Rattataki feel superior to and look down on other enslaved species.[2]

The pale-skinned Rattataki are made for battle. Centuries of constant warfare have weeded out the weak, shaping the remainder into proud, passionate, and deadly combatants. Even entertainment for this violent species is combat; the gladiator pits of their home planet, Rattatak, are the planet’s most popular amusement, well known for being the most brutal in the galaxy. Exposed to their species’ competitive culture from birth, Rattataki develop into fearsome warriors.

Deep in the Outer Rim, the Rattataki species evolved in bleak isolation for thousands of years, clinging to existence in sprawling caverns beneath the planet’s surface. They were driven underground by monstrous beasts they believed were gods and savage storms that made the land nearly uninhabitable. In their subterranean exile, the Rattataki tribes fought amongst themselves incessantly over scarce resources, and many tribes even resorted to cannibalism. The weak and the sick were sacrificed so that the strong might survive and one day claim the surface world.

Eventually, the mighty warlord Rattatak managed to unite his people long enough to drive back the horrible beasts on the planet’s surface and establish mighty fortresses amidst the mountainous terrain. Though his life was lost in the struggle on the surface, Rattatak’s name lived on. The unification of the Rattataki was brief, and tribes settled back into their constant infighting, but at long last they had emerged from their dark exile and contact was made with the greater galaxy. This led many Rattataki to settle on other worlds, becoming sought after mercenaries, bodyguards and bounty hunters.

Shortly after the Empire returned to Republic space, the young Sith Lord Darth Vich took notice of Rattatak and its people. Eager to make a name for himself, he journeyed to the planet and, casting aside 1000 years of anti-alien tradition, recruited a hundred tribes of Rattataki to populate his own personal army. Their prowess in battle made them a dangerous force, and the dozens of Force Sensitive among them became his personal acolytes. With the Rattataki at his command, Darth Vich made a play for power in the Sith Empire that ultimately failed. In the wake of this failure, the Dark Council enslaved or killed all of the Rattataki who followed Vich. Rumors about a small group of Rattataki acolytes who helped betray Vich and were fully accepted for Sith training remain unsubstantiated.[3] 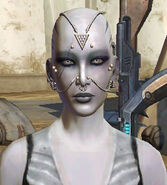 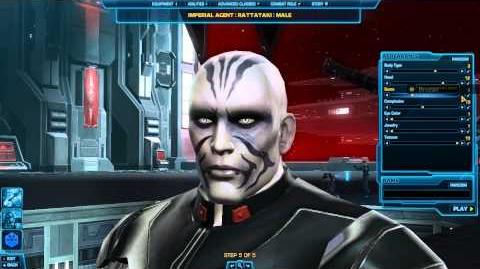 Retrieved from "https://swtor.fandom.com/wiki/Rattataki?oldid=108998"
Community content is available under CC-BY-SA unless otherwise noted.