"This ship… is it his weakness? It should not exist, yet it cruises the darkness between the stars. He tore it from the mass shadows of Malachor, along with his fleet… that is a measure of his power."
―Colonel Tobin[src]

The Ravager was a Centurion-class battlecruiser that was originally used by the Republic Navy during the Mandalorian Wars. The Ravager was destroyed in orbit of Malachor V at the end of the war. It was later salvaged by Darth Nihilus and used as his personal conveyance.

The Ravager was unspaceworthy and, under normal circumstances, would be impossible to pilot or live within. It's hull was breached and dented in many places. Extensive damage had been caused when it was crushed by the Mass Shadow Generator and even further wrecked when it was pulled out of the gravity field. The structure was exposed in many places where the hull plating had been blown off. Parts of the vessel were also missing and the original color had long faded. The starship was open to space in many places, with Darth Nihilus allowing the shields to contain only a minimal atmosphere. However, despite these problems, the flagship proved its self powerful in battle. The ship was held together by Nihilus's power and will, making it comparable to the ancient tales of ghost ships told on many worlds.

The interior was in no better condition than the exterior. The halls had not seen maintenance in years, with dust collecting across the dead computers. The lighting was dim and yellowed. Sparks flew from the walls and exposed piping and wiring as they malfunctioned and shorted out. The metal floor was worn and rusted as were the control panels. The halls, with a rectangular cross section, wound through empty rooms, several leading out into space. However, most of the doors still worked and one small docking bay was in order.

The Ravager was one of a group of Republic capital ships that saw service during the Mandalorian Wars. The famous vessel was destroyed, along with most of its sister ships, at the Battle of Malachor V. It had first been crippled by Mandalorian warships and then rendered impossible to salvage when the Mass Shadow Generator was activated, crushing everything within its reach. There the ship lay for a time, floating above Malachor V when Darth Nihilus took it for his use and once again willed it to fly, in his need to feed his growing appetite for power when he escaped imprisonment on the world. After Nihilus became aware that a Jedi Conclave was to be held on Katarr, the Ravager soon arrived on the scene bearing it's master. Consequently, the Sith Lord dained all life from the world, save Visas Marr a Miraluka. As the twelve pilots who were Force slaves whose life energy was slowly being drained to sustain Nihilus, the Ravager traveled the Galaxy, searching for worlds on which it's master could feed.

As they traversed the stars, Visas, reported seeing a great Force user, but Nihilus bid her no mind. However, eventually she was sent to capture Jedi and bring them to the Sith Lord to be consumed by his growing hunger. After noticing a revolt on Onderon, Nihilus took the Ravager to the world to make a pact with General Vaklu, offering to aid him and give him power if he would do as he dictated. After making the deal, Nihilus proved to be too powerful for Vaklu's military to control, but by then it was too late. In fear of the Dark Lord, he remained loyal. That loyalty proved true in 3,951 BBY, when Colonel Tobin of the Onderonian military heard that a Jedi Academy could be found on Telos IV and alerted his dark master. He was unaware, however, that it was a trap. As neither of them counted on Meetra Surik, who was on Telos at the time of Nihilus's attack.

She and the Mandalorians concocted a plan to destroy the Ravager and it's master. A secret detachment consisting of Meetra Surik, Visas Marr, Mandalore the Preserver, and several Mandalorian Neo-Crusaders boarded the ship, which was being escorted by Interdictor-class cruisers, and planted proton charges along weakened areas in the outer hull. They knew they could not leave Nihilus alive, as he had the power to prevent the ship from being destroyed, therefor Meetra dualed and killed Nihilus before they escaped and detonated the charges, destroying the Ravager permanately. 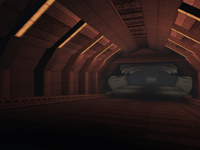 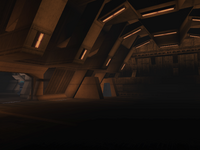 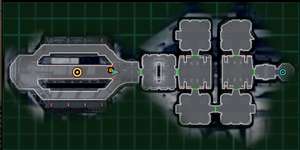 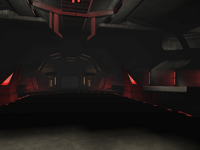 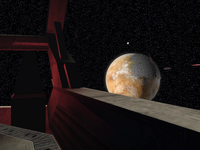 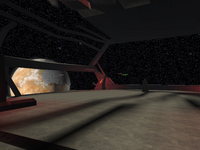 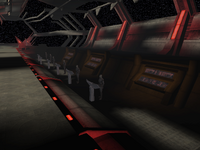 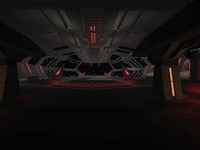 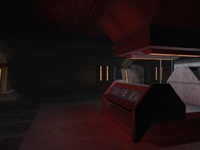 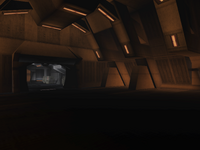 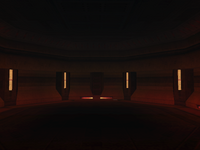 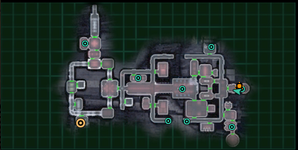 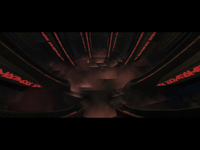 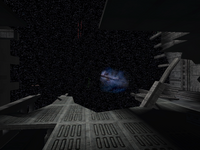 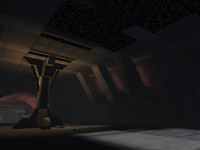 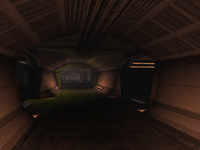 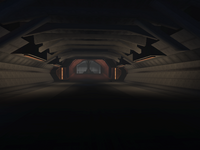 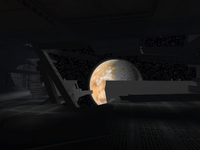 Add a photo to this gallery
Retrieved from "https://swtor.fandom.com/wiki/Ravager?oldid=111554"
Community content is available under CC-BY-SA unless otherwise noted.