Because all companion characters have personal speaking missions that appear after certain points in a character's story, there is sometimes the potential for some of them to become attracted to the character. If the player makes the decision to encourage those feelings, the companion will become a little more open to the player, and the potential for marriage becomes greater as the player levels up and gets closer to level 50.

All classes have at least one male and one female companion that has the potential to become attracted to the player of the opposite sex. Some classes (such as the Smuggler and the Imperial Agent) have one or two other companions that could also have the same feelings, which leads to jealousy with some companions, and more exciting story lines.

Rise of the Hutt Cartel

Note: Cytharat's romance is treated as an on-going flirtation dialogue thus does not trigger notifications that you are about to enter a romance. It is only possible to kiss Cytharat if light side options are taken at critical moments involving him.

Players of either faction and gender may pursue a relationship with either Theron or Lana during the "Forged Alliances" and "Shadow of Revan" storylines. Note that both relationships are treated as long flirtation dialogues and thus do not trigger notifications that you are about to enter a romance.

Knights of the Fallen Empire

Players can flirt with Lana, Koth and Theron regardless of their prior relationship status with Lana or Theron (although it may be mentioned). If flirtations have been successful, then a chance to trigger a romance with one of the three will become available in Chapter X. There are no gender, class or faction restrictions on the romance options in this expansion, but the characters will only be receptive to the player's advances if certain actions have or have not been taken. Romances with class-specific companions after reuniting with them is possible, but only if the player romanced that character before Knights of the Fallen Empire.

Knights of the Eternal Throne

Players of either gender are given the opportunity to flirt with and kiss Arcann at the conclusion of the KotET arc.

These all return after the conclusion of the main KOTET story. 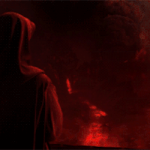