Start a Wiki
The Sith Empire was a galactic government founded by the Dark Lord of the Sith, Darth Revan, and his Sith apprentice, Darth Malak, as a dark side organization in direct opposition to the Galactic Republic and it's Jedi defenders. The empire fought the republic in the Jedi Civil War. However, Malak moved against his master. He attacked Revan's starship and left him for dead, taking the mantle of Dark Lord of the Sith.

Revan survived and had his memory erased, a controversial decision by the Jedi Council. He was retrained as a Jedi and he ultimately slew Malak and destroyed the empire, thereby ending the war. 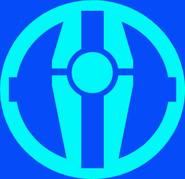 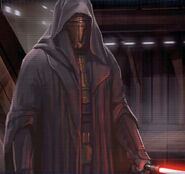 Retrieved from "https://swtor.fandom.com/wiki/Sith_Empire_(Jedi_Civil_War)?oldid=117806"
Community content is available under CC-BY-SA unless otherwise noted.