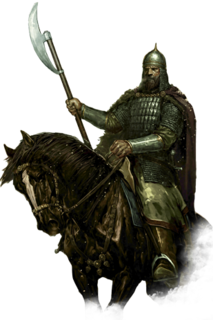 Mount & Blade Wiki is an encyclopedia about Mount & Blade, a medieval single-player action role-playing game for Windows developed by TaleWorlds. The wiki highlights features from the game such as lore, characters, weapons, and gameplay guides. The wiki…