As a force-sensitive girl, Thana's parents tried to suppress her. She became angry and burned the entire city block. After realizing that she was the only one that had survived, the Sith took her to Korriban to become one of them. She defeated her fellow acolytes and became an Apprentice of Darth Gravus and went to Taris. Soon after, she met another Sith, who helped her defeat Cerik and end Taris' reconstruction. He/she saved her alot of times, but she didn't admit it. Later they set the facility to explode, where the Sith either killed her, or said goodbye to her. 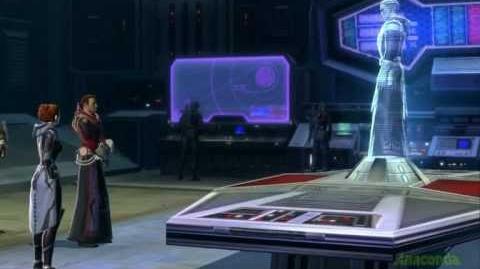 Retrieved from "https://swtor.fandom.com/wiki/Thana_Vesh?oldid=60885"
Community content is available under CC-BY-SA unless otherwise noted.