The station was a fusion of modern and ancient technologies; it served as both the temple and fortress for the supreme leader of the Sith Empire. The station possessed a cloaking device built by the Gree, while it's security grid and power core used technology built by the Rakata eons ago. The station was later modified by the Anomid Schism Collective on the orders of Darth Malgus, and these modifications allowed the station to maintain a huge complement of Stealth Fighters. The Anomids also armed the station with Flux cannons. The Emperor's space station was also equipped with a Hyperdrive.

During the Great Galactic War, an unidentified Imperial scientist became the only non-Sith to ever set foot on the station when he carried out an overhaul of the security systems. Later, during the Cold War, a Jedi strike team lead by Jedi Master Tol Braga boarded the station in an attempt to capture the Emperor, but were turned to the Dark Side and made into the Emperor's servants. Only one Jedi Knight managed to escape the dark side corruption and get back to Republic space.

After the rumored death of the Emporer, rogue Sith Lord Darth Malgus seized the station and moved it to Ilum via it's Hyperdrive. The space station was at the center in the final stage of the Battle of Ilum, where it engaged both the Republic and Imperial fleets sent to destroy it. A strike team then boarded the station and confronted Malgus, who triggered the space station's self-destruct, destroying both.

"The Emperor's space station is as much temple as fortress. Built by the Empire's finest engineers--many of whom never left their creation--the station is a blend of modern and incredibly ancient technology. The cloaking device which keeps the station invisible uses Gree technology, while the station's power core and security features are Rakata in design. The station is vast, comprising an unknown number of decks and chambers. Dozens of rooms store artifacts the Emperor gathered over the centuries, while prisoners whose identities are long forgotten float in stasis chambers. Traditionally, the privileged few who had audiences on the station were brought there by the Emperor's servants, with no memories of the journey. In the hands of Darth Malgus, the space station has become a new and terrible weapon--but one with many secrets yet to be unlocked. Malgus and his servants have much to learn about their headquarters and its full capabilities."
―The Sith Emperor's Space Station codex entry[src] 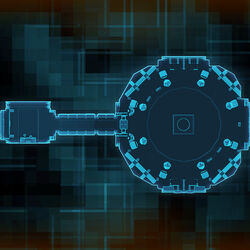 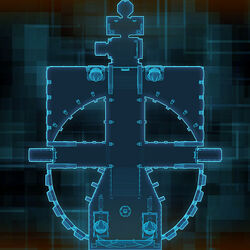 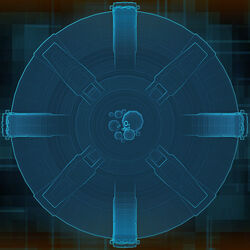 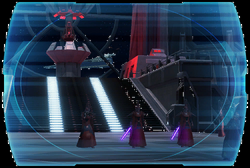 Add a photo to this gallery
Retrieved from "https://swtor.fandom.com/wiki/The_Emperor%E2%80%99s_Space_Station?oldid=95920"
Community content is available under CC-BY-SA unless otherwise noted.