The Empire Changes Strategy is Master Gnost-Dural's fourth entry into the Galactic Timeline in the Jedi Archives.

Master Gnost-Dural has entered a new holorecord in the Jedi Archives. After a thorough analysis of the evidence, Master Gnost-Dural has discovered that the Mandalorians’ return to the galaxy and alliance with the Sith was no coincidence—it was the result of years of shadowy machinations by the sinister agents of Imperial Intelligence.

BTC 14 – Frustrated by a series of Republic military victories, the Empire began exploring alternative strategies in its drive to conquer the galaxy. Despite the tantalizing offers of Imperial Diplomats, members of the galaxy’s notorious underworld refused to swear allegiance to the Sith Empire. Thus, Imperial Intelligence began laying the groundwork to win the underworld’s loyalty through other means. Infiltrating the gladiatorial arenas of Geonosis, Imperial agents fixed the fights to cultivate the rise of a new Mandalore—an Imperial puppet who would call forth some of the galaxy’s most proud and independent warriors to unknowingly aid in the Empire’s dark designs. 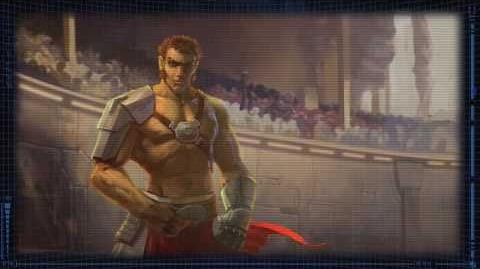 STAR WARS™ The Old Republic™ - Timeline - The Empire Changes Strategy
300px
Add a photo to this gallery
Retrieved from "https://swtor.fandom.com/wiki/Timeline_4:_The_Empire_Changes_Strategy?oldid=101662"
Community content is available under CC-BY-SA unless otherwise noted.