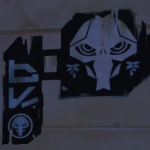 My name is Larry. I started playing SWTOR when it was initially released, having pre-ordered the Collector's Edition. I've been playing MMOs for a while and was looking forward to a good Sci-Fi MMO. I've never really been a big Star Wars fan, but after playing for a short while I started reading the Star Wars books.

I took a break from the game for a good while after getting one character to level 48. Now that I've returned to the game, I've started cycling my play time between 3 different characters.

I'm not a big fan of typical end-game content. The thing I like most about SWTOR is the class stories. I don't enjoy heroic instances and raids as they typically occur in most MMOs. So far, I feel the same about Flashpoints and Operations in SWTOR. The main problem is that generally the group runs through the instances like some sort of machine. It basically becomes a grind just for the gear. I would honostly prefer always doing an instance with a group that has never done the instance before. That way, we'll take our time and enjoy the content. The last 'instance' I ran, I came out of it in a daze and couldn't tell you much about it except that my 'rotation' went well.

Retrieved from "https://swtor.fandom.com/wiki/User:Larry_Fuqua?oldid=118515"
Community content is available under CC-BY-SA unless otherwise noted.