Yavin Station was an orbital space station above Yavin IV. It was built by the Galactic Republic around the time of the Great Sith War and abandoned shortly after. A Rodian inventor took up residence there after the facility was abandoned and modified existing designs with equipment he found in the station or smugglers and mercenaries brought in.

Suvam Tan is the only NPC on Yavin Station, he is a merchant and will restock his inventory two times throughout the game. The first time the player arrives, Suvam will have six items available for purchase. After finding three Star Maps he'll stock an additional eleven high-quality items. After finding the final Star Map, Suvam will stock an additional nine high-quality items. The player can receive two discounts from the merchant, the first by using the Affect Mind ability and the second by beating Suvam in ten Pazzak games. Below is a table showing Suvam's final stock. 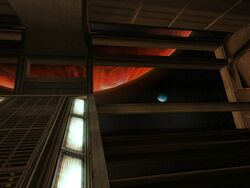 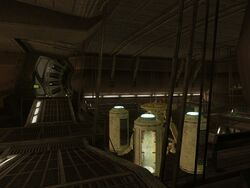 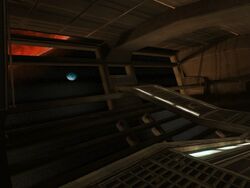 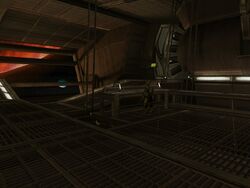 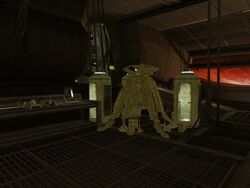 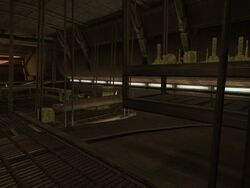 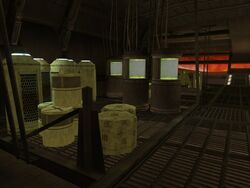 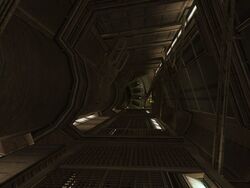 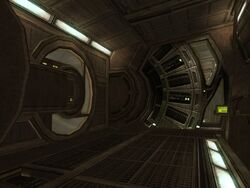 Add a photo to this gallery
Retrieved from "https://swtor.fandom.com/wiki/Yavin_Station?oldid=108274"
Community content is available under CC-BY-SA unless otherwise noted.